How France is handling the start of school in 2020. Kudos to them for their Stoicism. I liked that kids under 11 aren’t required to wear masks. They aren’t spreaders.

I also liked their textbooks, though that wasn’t a focus of the piece. Many countries have smaller paperback texts that don’t cost a fortune and don’t contain 200 extra pages that no one ever gets to. America pays for lots of negative space.

or if you are a classroom teacher in the K-1, you’ll like Gerry Brooks.

Watch and you just may understand how teaching is like a three-ring circus.

I’ve been fascinated by homeschooling for years, though I don’t have children and can’t therefore homeschool. Now all parents with kids from kindergarten through high school must homeschool. Many of these parents also have to do their own work and with lockdowns, I don’t think you’re supposed to have a nanny come by.

Actress Mayim Bialik has homeschooled her children for years and offers wise perspective.

If you had a crazy, tough week last week, that doesn’t have to be the case this week.

Start with some basic vocabulary.

I completed the final for my University of the People computer class. While I liked the class in the beginning, the assignments were so time-consuming and we didn’t see enough examples or have access to a teacher to answer questions promptly as much as I’d like. I often spent 20 to 24 hours a week on the assignments. It’s a sober reminder of the stresses students feel.

I just finished, or really just gave up on an assignment I’ve got to submit before midnight for a computer class. It’s an Introduction to Python class and while I can do many things with Python, I can’t figure out how to do what I’m supposed to do in the way I’m assigned this week. I could work on it for an hour and 10 minutes more, but I’m just too tired. I’ve spent most of today (at least 6 hours) and a good part of yesterday trying to get past my blind spot. No Eureka! came. I am so tired and hope I get some points for the parts that look right.

The one thing I’ll say is it’s made me see how hard students have it at times.

Another frustration is it’s time to register. For some of these classes you have to line up a proctor. I registered and then had to find a proctor, when a friend agreed, it was too late. So I re-registered. Later today my friend got an email that the registration was canceled. There aren’t real people involved, no phone number to call so I think I’m out of luck.

Working people often dream of the idyllic aspect of education, but there’s lots of bureaucracy and frustration.

I live in the New Trier school district which is one of the best high schools in Illinois. The district is affluent and parents, most of whom are professionals, can easily afford tutors and summer enrichment programs. I was stunned to learn that a whopping 24% of these high school students get extra time on the ACT test. In discussing this matter, one mother I spoke with told me that there’s a high school college counselor at New Trier whose main task is to manage all these requests for extra time or accommodations.

Reported in the Chicago Tribune in 2012, New Trier is one of many well-funded schools with a higher than expected number of students with special needs. According to the National Center for Educational Statistics, New Trier spent $29,272 per student, which is

New Trier students tend to come from homes that offer advantages other than wealth. Their parents tend to be married (82%) and to have completed college if not graduate school (90.9%).

The Varsity Blues college entrance scandal has made this matter return to the spotlight. I’ve figured that this investigation in Los Angeles is just one of many and that gaming the system is rampant among parents without morals who’ll do anything to get their child into a school with status.

What really goads me is that parents are teaching their children to seek additional advantages to gain status.

Unless you’ve given up television for Lent, you’ve no doubt heard about the elite parents who allegedly conspired to get their kids into elite universities. Some schools are Ivy League, but not all were. They used a man who ran college prep center to game the college entrance tests and create fraudulent athletic histories to

This story and the one on people who allegedly got international students visas through the fraud of having imposters take the TOEFL English proficiency test. Neither story really surprises me, but nonetheless when corruption is revealed as fact, and your worst fears are exposed, I feel disgust.

When I taught in South Korea, an English professor gave his friend the questions for our school’s entrance exam. After this came to light, both men were arrested and jailed. The Ministry of Education (MOE) had contacted the university president had been told that there was cheating at our school, the president said that was impossible and didn’t help much with the investigation. Because the claim was proved, the president felt guilty for not believing the MOE and he resigned. I didn’t think the president should have resigned, but I was impressed with his sense of honor. I doubt that will happen with this case.

The stars involved are getting a lot of negative attention, which is part of the price for their crime, yet there are other millionaires who did worse. As many as 750 parents and coaches are part of this.

I hope most see the evidence and realize the right thing to do is to plead guilty and hope for mercy. It’s hard to say what a fit punishment should be, but we aspire to compete on a level playing field and these folks sought out an easier route.

It’s a shame. Some kids aren’t suited for a competitive college. If these kids needed to cheat to get in, how would they be able to stay in without cheating? College itself is stressful, so the stress of applying is no excuse to cheat. There is no excuse to cheat. There are other schools that would take these kids based on their own efforts and achievements. There’s no reason to Photoshop an applicant’s face on to the body of an athlete. How low would you go? Did the students see these fraudulent documents upload on their application? To what extent were the kids in on this?

The truth will out and it has. I hope colleges clean house now.

Operation Varsity Blue also reminded me of the discovery of rampant cheating that was reported with the English proficiency test where I worked in China. A couple of us reported the students and the agency they used to get higher scores. One girl took the TOEFL test in July and got an average of 45 (an 80 was needed). She paid a service $3000 in August and got a 98. No one’s English improves that much in a few weeks.

I reported this to the testing company and to my school, but while we were told an investigation was conducted. None of the four students suffered any consequences. We had recordings of students talking to the shady company that procured the high test scores and sent them to various agencies and newspapers. No one was interested. I submitted the information again this morning. I hope this fraudulent service is shut down.

I’m in lesson 6 of Hillsdale College’s course on the US Congress and it’s enthralling. I really think this is a must-see for any US citizen and for anyone curious about how our government works.

Now I got an average or maybe above average education on US government in high school as was and still is required, but I didn’t learn about how congress changed through the centuries, about how administrative laws proliferated and how the government had to figure out, through trial and error how new regulations should be made and how the agencies should approve them. I didn’t learn about the powerful Speakers of the House Thomas Brackett Reed or his successor Joseph Gurney Cannon, of whom it could be argued was more powerful than either of the presidents he served.

The professor also shares how the U.K. Parliament’s Question Hour influenced American legislators and others who wanted this sort of give and take. I’ve seen snippets of the Prime Minister’s Questions, but now that I’ve found the Parliament’s YouTube Channel, I’m sure to watch more often.

I urge you to check out Hillsdale’s online courses. They’re free.

I appreciate how stratospheric tuition costs can make higher education out of reach, unless a student is willing to take on massive debt. I blame colleges for the most part. They’ve allowed costs to spiral. They’ve added well paid administrators and programs, (while cutting salaries and benefits) for teachers, more and more of whom work part time because there are few full time positions.

Many politicians are calling for free college. I was with Bernie Sanders when he first proposed this, but I’ve given the issue further thought. I’m now for an alternative — or a few alternatives.

For years, students who served in the military through the their service or will serve through the ROTC, get free education. It isn’t free since they do have to work for their education and if they don’t fulfill this obligation, they must pay back the tuition and fees.

A friend of me funded his medical school through a program which required that after graduation, he work in either a rural community or an urban prison.

What I think we should do is to replicate this program through other agencies. A state could find areas where there’s a need for employees. Students could either work part time in a government office while in school or could complete a couple years of work to pay off the money the state has spent on their schooling.

I also believe that since 4 year colleges have gotten so expensive that state governments should offer these programs via 2 years at a community college and 2 at a university. Also, I’d require that the colleges make the most of online education and cut back on extras such as building fancy dorms or state-of-the-art fitness centers. The cutbacks would be done on a school by school basis.

I think making higher education something you earn, rather than get for free is a better option. When you’re in college, you’re old enough to work as many do through the private sector, but most of these jobs don’t pay enough to pay all your tuition.  If we made the most of the idea of Work/Study, students would graduate with experience and education. Our state governments services could improve. States could update their antiquated websites (like we have in Illinois). They could offer better customer service so lines wouldn’t take hours at the DMV or other offices people commonly use.

While this is a rough idea, I think the general premise is well worth developing. 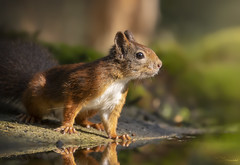 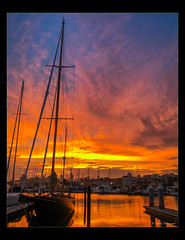